Warning: count(): Parameter must be an array or an object that implements Countable in /home/katepayn/public_html/yogamamas.com.au/wp-content/themes/virtue_premium/lib/cmb/init.php on line 746
 Sharing yoga with our children 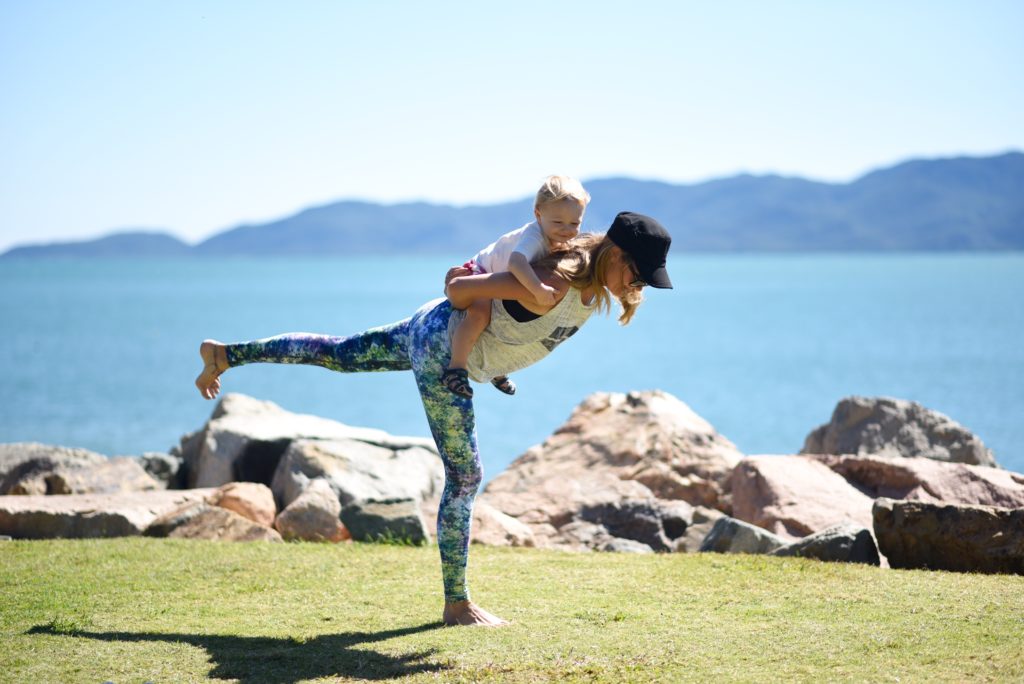 If every 8 year old in the world is taught meditation, we will eliminate violence from the world within one generation.” -Dalai Lama

From the moment my son was born, I wanted to share yoga with him.

And despite screaming through every single Mums & Bubs yoga class I attended (yep that actually happened!), my almost 2 year old loves yoga.

I hadn’t discovered yoga until I was in my early 20’s and it was only after serious illness and the need to rehabilitate that I even showed up to my first yoga class.

Fast forward more than 10 years later and yoga is integrated into every part of my life, and my little mans too. It’s more than a practice. It’s a lifestyle.

I was initially attracted to yoga for the physical benefits. I could move my body in a way that felt great and tailor my practice based on my changing needs. If I wanted to slow down I could drop into a restorative yoga class, or if I felt like sweating it out I could take a vinyasa flow.

More than the physical

But it wasn’t until I had been practicing for a number of years that I really began to understand that yoga was so much more than just the physical practice. I remember lying in relaxation at the end of one particular class when a feeling of absolute ‘presence‘ washed over me. I had let go of the busyness of the day and had no to-do list swirling in my head for later that night. I was truly living in the present moment. Absolute bliss. I had tapped into something beyond the physical. It ultimately started me on my yoga journey to where I find myself today.

Yoga has taken the western world by storm. People are turning to this ancient practice to deal with everything from stress relief, rehabilitation, ptsd, depression, anxiety, obesity and even cancer. Unlike many other practices, yoga is for everybody and every body. There is no one too young, too old, or too sick for yoga.

As I reflect on my own yoga journey it leads me to consider how special it is that our babes can experience yoga from birth. Their initial attraction to yoga will most likely also be the physical. If you attend Mums + Bubs yoga classes, or practice at home, their first experiences will be with the asana (posture work). As they grow older, they can be introduced to breathing (2 yrs +), meditation (3 yrs +) and if it’s something that resonates with you, yoga philosophy.

Thriving as a modern day mama

It’s the yoga philosophy, the 8-limbs in particular I want to touch on today. The first two stops on the path, even before the physical postures are ethical principles that are supposed to guide how we relate to other people and how we take care of ourselves. It’s the foundations of what we practice and preach at Yoga Mamas and something both Andy and I are really passionate about teaching our kids. It’s what makes yoga a lifestyle.

Being a mother provides you with many an opportunity to practice yoga in a day, in ways you might not first have thought. By considering the parts you most likely won’t be taught in a yoga class.

The first two limbs of yoga are known as the Yamas (social restraints) and the Niyamas (self-disciplines). Below you’ll find a description for each and an understanding of how these ancient teachings can be translated and applied to a mama living in the modern world.

Ahimsa
Non violence. An emphasis on the positive aspect of ahimsa being love. Actions and reactions always from a place of love. Self-love and care is an ever growing aspect of ahimsa in the modern world.

Satya
Truthfulness. Know and stand in your truth so that your children can know and stand in theirs. Being your most authentic self and leading by example. Walking the walk.

Asteya
Non stealing. Living in the present moment with your babes as they do with you, for the only way to steal from your child is to rob them of your attention.

Apraigraha
Non hoarding. Taking only what you need and teaching your babe to do the same.

Brahmacharya
Originally thought to mean celibacy, this obviously doesn’t apply to our little ones so let’s look at it from a place of self-realisation. Self empowerment and dicipline. Providing an environment for our babes to flourish and live from a place of truest self.

Tapas
Purification through discipline. Setting a goal and working towards achieving it. Teaching our little ones the meaning of passion and drive in a nurturing way.

Santosha
Contentment. Regularly practicing gratitude and contentment for the blessings we have. No matter how small.

Svadhyaya
Self study. We all do this as mothers. Constantly analysing. But svadhyaya is not about beating yourself up. It is about reflection and and the the desire to want to grow and evolve as a mother.

Ishvara Pranidhana
Devotion to a higher power. Whilst traditionally religion based, we like to consider ishvara pranidhana as love and kindness to all. For in a world where you can be anything, be kind.

If you’ve made it through this list, you’ve probably guessed that many of these teachings were instilled in you as a child, without knowing there origin.

Using the teachings of yoga, we can more easily live in the flow of life, rather than against it, and teach our children to do the same.

Imagine a world where all children were taught and embraced the teachings of yoga.

If every 8 year old in the world is taught meditation, we will eliminate violence from the world within one generation.” -Dalai Lama

If you love this post, you'll love our monthly emails. Leave your details below to access our wellness kit.

Awesome! You're In mama. Check your inbox for your welcome email.